HOW I COMPOSE MUSIC

Sometimes I get asked how I compose my music. And sometimes I don't give a direct answer.

But today I will show how I compose my music!

I use a few different programs to compose my music. Mainly These

- OpenMPT (aka ModPlug Tracker): A Tracker Program for Windows that's open-source. It works with MOD,XM,S3M,IT and its own format

- Sony ACID 7 Pro: I mainly use this to throw stuff together. Sometimes MIDI work

So let me get down to the basics of how I compose. With a program called OpenMPT, or Open ModPlug Tracker (for those who don't like abbreviations). OpenMPT is a Free Open-Source "Tracker" Program. Now what IS a "Tracker". A Tracker (by Defenition from Wikipedia) is a type of music sequencer software for creating music. The music is represented as discrete musical notes positioned in several channels at discrete chronological positions on a vertical timeline. A music tracker's user interface is usually number based. Notes, parameter changes, effects and other commands are entered with the keyboard into a grid of fixed time slots as codes consisting of letters, numbers and hexadecimal digits.[1] Separate patterns have independent timelines; a complete song consists of a master list of repeated patterns. 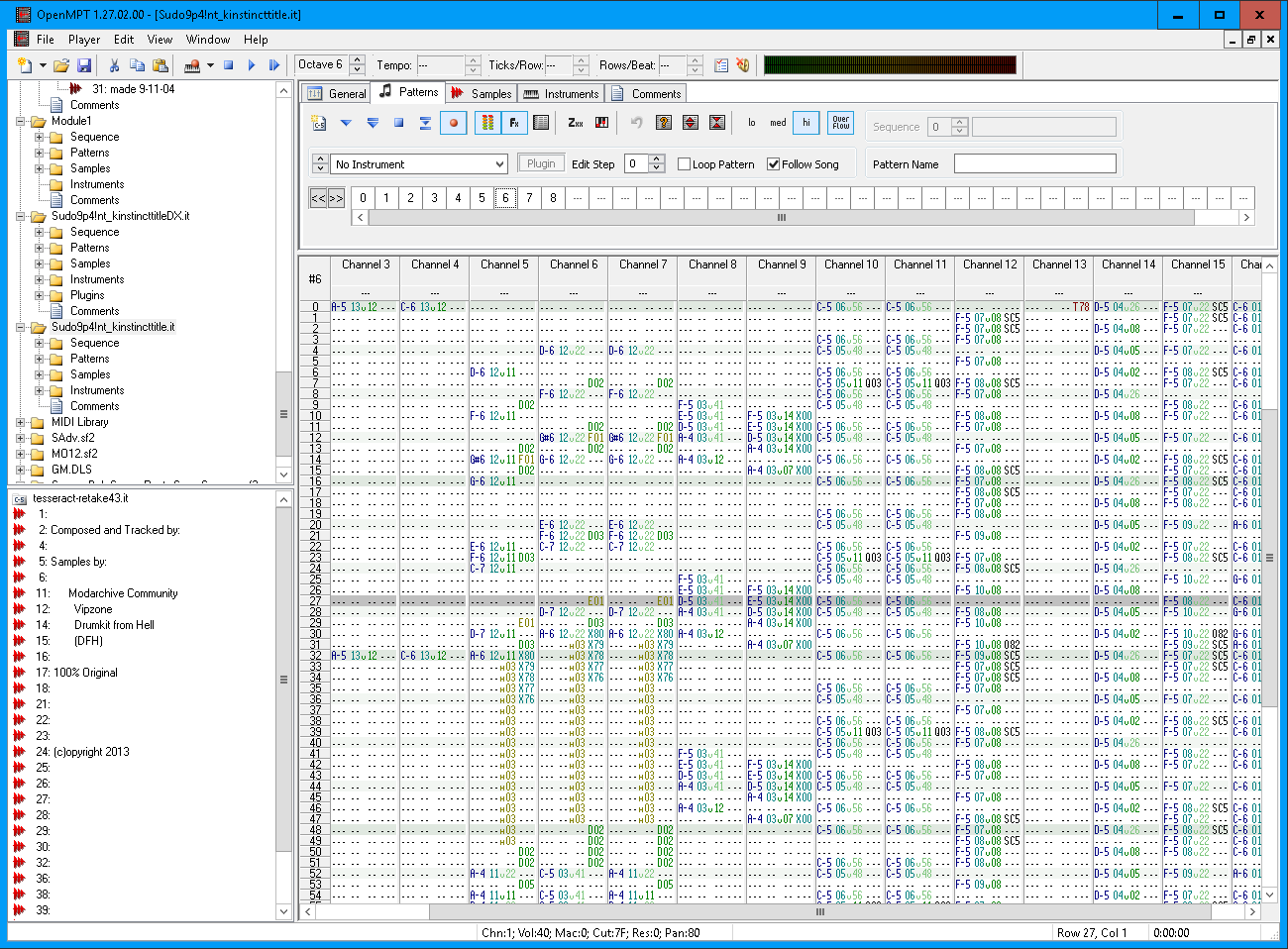 OpenMPT is a really great tracker program. I recommend it for beginner people. Also... The image says all.